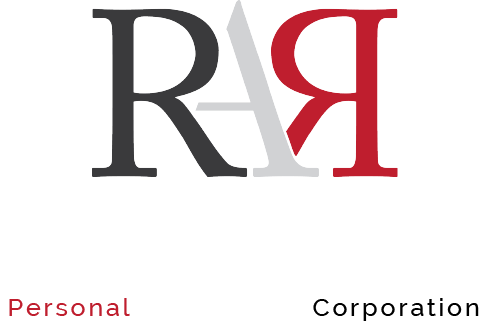 The Speculation and Vacancy Tax – What the government isn’t saying

Mortgage Professionals Canada has renewed calls for changes to the federal government’s stress tests, arguing they pose serious risk to the housing market and overall economy.

The association’s annual report on the state of the mortgage market, authored by its Chief Economist Will Dunning, followed up on previously published concerns over the federal government’s mortgage stress tests.

It noted that housing markets across Canada slowed significantly in 2018 due to a combination of higher  mortgage stress tests, higher interest rates and other policy changes that have “constrained” home buying.

“The mortgage stress tests are raising the risks to house prices and the economy of Canada,” Dunning wrote in the report, adding that falling house prices pose one of the greatest threats to a modern economy due to impaired consumer confidence.

Not only that, he says regulations intended to remove risk from the housing market are actually having an opposite effect by driving a greater share of buyers to alternative lenders that are not federally regulated, and that often come with higher interest rates.

It is estimated the stress tests introduced in 2016 and 2018 will have affected upwards of 200,000 Canadian families by the October 2019 election, by way of reducing their home-buying power or preventing them from purchasing altogether.

While the association’s position isn’t necessarily a complete removal of the stress tests, it does call for key changes, including:

In an interview with the Toronto Star, Dunning said the issue isn’t the stress test itself, but how it’s being implemented.

“There is nothing wrong with stress testing mortgages,” he said.

The issue with the current stress tests is that they don’t take into account the fact a borrower’s income will likely rise about two percent annually over the period of the five-year loan.

The current stress test for uninsured mortgages (those with a 20%+ down payment) is the greater of the Bank of Canada’s five-year benchmark rate (currently 5.34%) or the borrower’s contract mortgage rate plus two percentage points.

“We’ve been asking for a reduction in the stress test for quite a while now because it does mathematically kind of accordion how much of a purchasing impact people will suffer, and certainly for those at the bottom of the property ladder,” Mortgage Professionals Canada President and CEO Paul Taylor said during a BNN appearance. “We feel a 75-basis-point stress test makes much more sense.”

Housing as an Election Issue

Housing is expected to be a key issue in the lead-up to this October’s federal election.

The first hint of that came on Tuesday, when Finance Minister Bill Morneau said during a pre-budget event that the government plans to look into ways to make homebuying more affordable for first-time buyers.

He noted the government has already tried to increase the supply of affordable housing and control runaway home prices in the country’s largest markets by introducing the stress tests.

“The middle part — the big middle part — is the affordable housing for millennials,” he said. “That’s a real challenge and there’s multiple things we’re looking at in order to think about how we can help in that regard.”

Metro Vancouver home sales over the first quarter of this year were the lowest in five years, but statistics from the Real Estate Board of Greater Vancouver show prices remain high.

The board stated that home sales across the region in March tumbled 29.7% year-over-year, and are 23% below the 10-year March sales average.

Just over 2,500 homes changed hands last month, a drop of more than 1,000 compared to a year ago, although the board noted that March 2018 sales climbed 14% compared to February.

Real estate board data showed the number of sales compared to the number of active listings soared to 61.6% for condominiums in March, while the rate was 39.9% for townhomes, well above the 20% rate that has been estimated to tend to push prices upward.

REBGV president Phil Moore said that even with lower sales, prices will remain high as long as the selection of properties is slim.

“Last month was the quietest March for new home listings since 2009 and the total inventory, particularly in the condo and townhome segments, of homes for sale remains well below historical norms,” Moore stated in a news release, as quoted by The Canadian Press.

The benchmark price for detached properties was $1,608,500 last month, up 7.4% from March 2017 and up less than 0.5% over February 2018, as sales-to-active listings nudged the mark where the board said downward pressure on prices could occur.

Benchmark prices for townhomes across Metro Vancouver reached $835,300 last month, a 2% increase over February and a hike of 17.7% from March 2017.

Attached and apartment homes are in demand across Metro Vancouver while detached home buyers are facing less competition today.

“Demand remains elevated and listings scarce in the attached and apartment markets across Metro Vancouver,” Jill Oudil, REBGV president said. “Buyers in the detached market are facing less competition and have much more selection to choose. For detached home sellers to be successful, it’s important to set prices that reflect today’s market trends.”

Generally, analysts say that downward pressure on home prices occurs when the ratio dips below the 12 per cent mark for a sustained period, while home prices often experience upward pressure when it surpasses 20 per cent over several months.

Home prices in Metro Vancouver are expected to rise again in 2018, as “exceptionally” low inventory pushes up cost, according to Royal Lepage’s latest market forecast.

The real estate agency’s survey, released Wednesday, says prices increased in the fourth quarter of 2017, and predicts prices will continue to go up by 5.2 per cent by the end of the year.

The survey found that the aggregate home price in Greater Vancouver increased 8.2 per cent to $1,267,769 in the three months leading up to December, compared with the same period last year.

As buyers continued to search for reasonably priced homes near the downtown core, home values went up 5.7 per cent in North Vancouver to $1,459,570. Yet it was the area’s condominium growth that stood out. The survey says North Vancouver posted one of the largest annual gains of any property segment tracked in the nation, surging 26.8 per cent to $673,313.

Royal LePage says the prospect of new mortgage rules making it more difficult to purchase a home may have drawn prospective homeowners back into the market to compete for somewhat affordable property.

The agency’s general manager Randy Ryalls says home values have continued to strengthen in the region, particularly in the entry-level market where competition for available property is stiff.

“With each passing day, purchasers are becoming more attuned to the new price environment and consumer confidence strengthens,” he said in a release Wednesday.

“Until something is done to address current inventory levels, we will likely continue to see significant home price growth in Greater Vancouver’s future, even if demand is reined in,” said Ryalls.

On Jan. 1, new mortgage rules imposed by the Office of the Superintendent of Financial Institutions came into effect. The rules, which limit a buyer’s ability to purchase a home, are aimed at curbing Canadians’ debt levels.

Ryalls said that although the new rules may slow errant home-purchasing behaviour, it’s unlikely to bring prices down, and will push more buyers into the entry-level market, causing the price of condos and townhomes to inflate further.